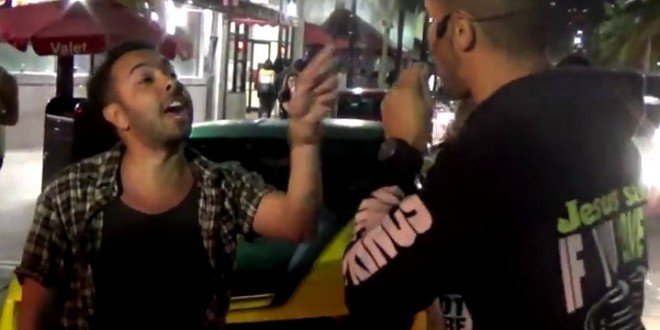 JMG reader Kent directs us to the below clips in which street preachers use a portable sound system to scream abuse at the patrons of the popular South Beach gay nightclub Score. Most of the patrons attempted to ignore the screaming, but some left the ticket line to get in the preachers’ faces. A gigantic “all-nude gentleman’s club” is right on the same street, but obviously these preachers would rather antagonize gay men than risk a beating at the hands of straight men entering a titty bar/sex club.