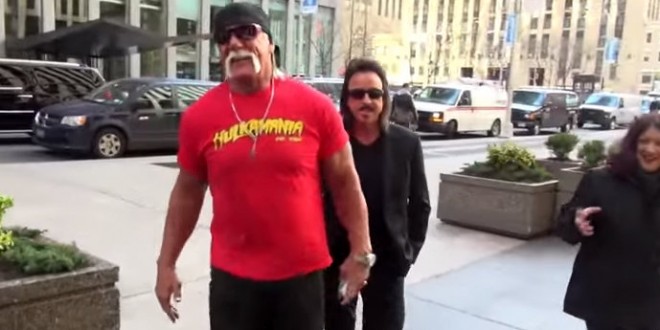 The retired wrestler Hulk Hogan was awarded $115 million in damages on Friday by a Florida jury in an invasion of privacy case against Gawker.com over its publication of a sex tape — an astounding figure that tops the $100 million he had asked for, that will probably grow before the trial concludes, and that could send a cautionary signal to online publishers despite the likelihood of an appeal by Gawker.

The wrestler, known in court by his legal name, Terry G. Bollea, sobbed as the verdict was announced in late afternoon, according to people in the courtroom. The jury had considered the case for about six hours.

Mr. Bollea’s team said the verdict represented “a statement as to the public’s disgust with the invasion of privacy disguised as journalism,” adding: “The verdict says, ‘No more.’ ”

The damages awarded to Mr. Bollea on Friday were compensatory: $55 million for economic harm and $60 million for emotional distress. Punitive damages will be established separately, which raises the prospect that Gawker will have to submit to a detailed examination of its finances in court so the jury can assess the scale of the damages.