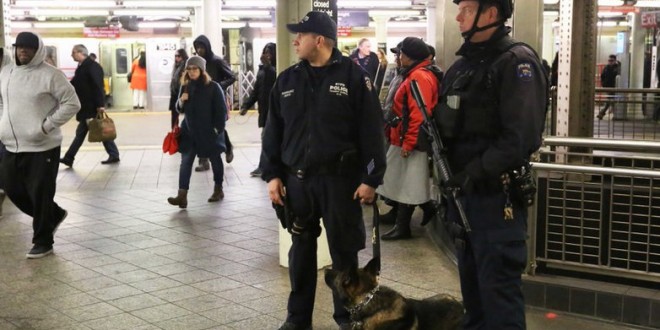 Airports in the Netherlands, and the European capitals of Paris and London stepped up security following explosions at the Brussels Airport and the city’s metro early Tuesday. At least 23 people have been reportedly killed in the blasts, which closely follow a crackdown by local authorities on terror cells in the Belgian capital.

The country also closed its border with France following the suicide blasts and Prime Minister Charles Michel called for a meeting of his national security advisers, and warned the public to “avoid any movement” for the time being, as the terror level was raised to the maximum. Michel called for “calm and solidarity” in the wake of the blasts as it is a “black day” for the country.

French Interior Minister Bernard Cazeneuve said that an additional 1,600 police are being deployed at its borders, stating it was “essential to maintain a vigilance” in the wake of the Brussels attacks.

German federal police tightened security at the country’s largest airport in Frankfurt Tuesday, while operations at the Brussels Airport have been suspended until early Wednesday. At least 13 people were reported dead in the explosions at Brussels Airport, while there were unconfirmed reports of 10 people killed in the blasts at the metro stations.

Dutch police stepped up security patrols at airports and tightened checks at borders after the attacks in neighboring Belgium, the security agency reportedly said. Security measures have also been reinforced at the Charles De Gaulle airport in Paris, an airport source told Agence France-Presse.

The NYPD has issued a press release which includes a slam at the feds:

The New York City Police Department is closely monitoring the situation in Belgium and is in close contact with our international partners and with the FBI. Until we learn more, the department has deployed additional counterterrorism resources across the city including: the Counterterrorism Response Command (CRC), the Strategic Response Group (SRG), and Hercules Teams. These teams have been deployed to crowded areas and transit locations around the city out of an abundance of caution to provide police presence and public reassurance as we closely follow the developing situation overseas.

At this time, there is no known indication that the attack has any nexus to New York City. We will continue to follow the situation in Belgium closely with the Joint Terrorism Task Force and the FBI and adjust the department’s deployments accordingly. These attacks come at a time when the federal government has proposed cutting terrorism funding to New York City by roughly 90 million dollars. Any cut in terrorism funding to New York—to what is widely recognized as the nation’s top terror target—would be irresponsible.