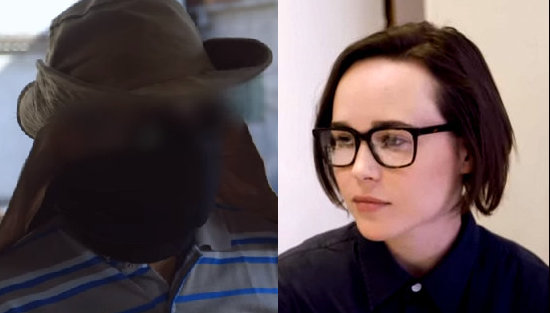 Oscar-nominated actor Ellen Page has described how she came face-to-face with a self-confessed serial killer of gay people in Brazil while filming a documentary on attitudes to homosexuality. A former police officer turned hitman told the X-Men star, who came out in 2014, that he had started his murder spree – which he said involved running over people he believed to be gay – after finding out that his son was homosexual.

The Canadian actor said she had made the Gaycation series, investigating LGBT cultures around the world with digital media company Vice, to highlight the vulnerability of gay people to homophobic discrimination and violence. In the episode on Brazil, which has one of the highest murder rates of gay and transgender people in the world, the killer, who goes by the alias of “El Grande”, told Page he had carried out murders while serving as a policeman in the favelas of Rio de Janeiro.

Speaking with his face covered by a mask, the now ex-officer said: “We used to patrol and the only thing I didn’t like were gays. If I saw them on the way I’d run them over. I did not care what was going on. I didn’t even care for the consequences.” Asked by Page how he felt he could justify his actions, the man continued: “I think every pigsty must be cleaned up. So how do I do my job? By cleaning up what was dirty. For me, they are worse than animals. If they cross my path, I’ll take care of them.”