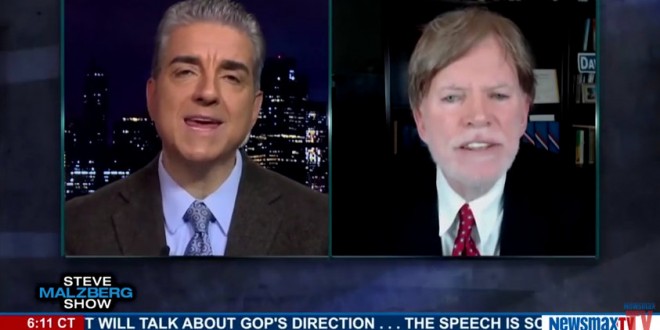 David Duke Melts Down At Right Wing Host: Donald Trump Is Up Ten Points Because Of Me [VIDEO]

David Duke really lost it during an interview today with Newsmax TV host Steve Malzberg. Malzberg couldn’t even get through the intro before Duke started shouting at and objecting to what he was saying.

Duke ranted about the “controlled media” as Malzberg tried to move onto Donald Trump. Duke shouted “Let me finish, please!” to which Malzberg shot back, “I can’t play by your rules! I don’t want to waste time on this!”