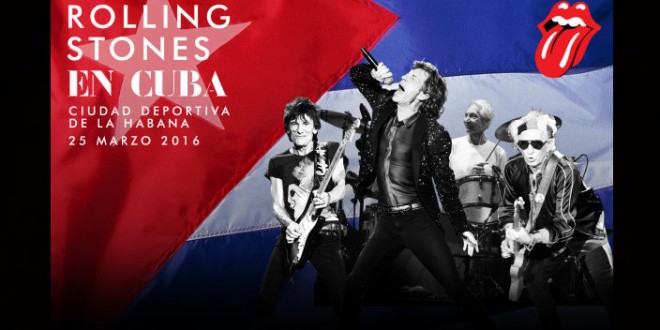 From the band’s announcement:

The Rolling Stones will perform a groundbreaking concert in Havana, Cuba on Friday March 25, 2016. The free concert will take place at the Ciudad Deportiva de la Habana and will be the first open air concert in the country by a British Rock Band. Always exploring new horizons and true pioneers of rock, the Stones, who have toured every corner of the globe, will bring their high octane performance and incredible music catalogue to the Caribbean for the first time ever.

The Rolling Stones said: “We have performed in many special places during our long career but this show in Havana is going to be a landmark event for us, and, we hope, for all our friends in Cuba too.” This historical concert will no doubt have Mick Jagger, Keith Richards, Charlie Watts and Ronnie Wood mesmerizing a new audience of fans with a set packed full of classic Stones hits as well as special gems from their million selling albums.

The Rolling Stones concert, which has been in the planning stages for several months comes only days after President Barack Obama’s recently announced visit to Cuba. This entire event is being made possible by the benefaction of Fundashon Bon Intenshon on behalf of the island of Curaçao.

Stand by for the boycott of their music by Teabagistan.