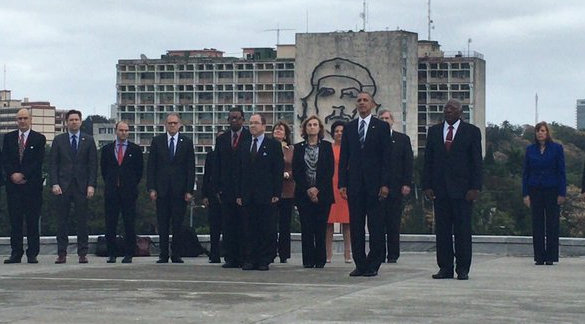 Teabagistan is aflame with the usual screaming today after President Obama posed for photos with a giant mural of Marxist revolutionary Che Guevara visible in the background. Media Matters points out that Ronald Reagan once delivered a speech with a huge bust of Vladimir Lenin looming over his head. And then there was that time George W. Bush posed for state photos in front of a shrine to Ho Chi Minh. But THOSE presidents weren’t Kenyan usurpers, so….