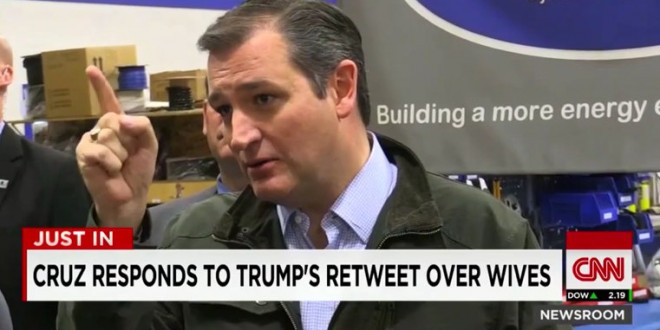 Whoa. We’re another step closer to a literal cage match. Via Mediate:

Donald Trump and Ted Cruz have been going at it in the last few months, as the two top Republicans vying for the presidential nomination are expected to do. Trump accused Cruz of being ineligible for the presidency due to being born in Canada and Cruz laughed it off. He laughed again when Trump accused him of cheating to win Iowa. He laughed when Trump called him a maniac. Now that Trump has taken to attacking his wife, Heidi Cruz, though, he’s not laughing anymore.

Watch Cruz go off below.