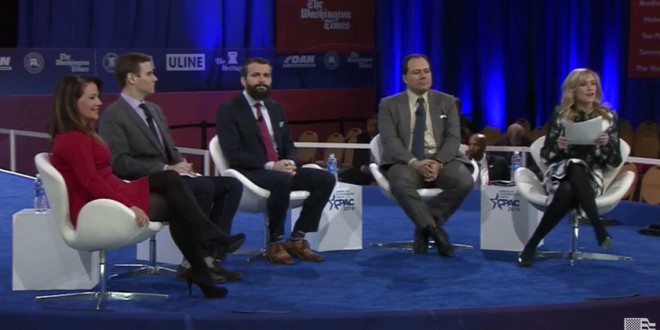 CPAC 2016 opened today at the Gaylord Convention Center outside DC with a same-sex marriage and “religious liberty” panel where homocon Guy Benson and Heritage Foundation hater Ryan T. Anderson pretended to spar before a sparse audience. Watch below. Benson declared that a panel like this would never happen at a progressive convention, where “heretics are hounded ruthlessly by so-called open-minded leftists.”

Previous Paul Ryan On Trump’s Threat Against Him: #LOL!
Next Caitlyn Jenner: I’d Be Trans Ambassador For Ted Cruz