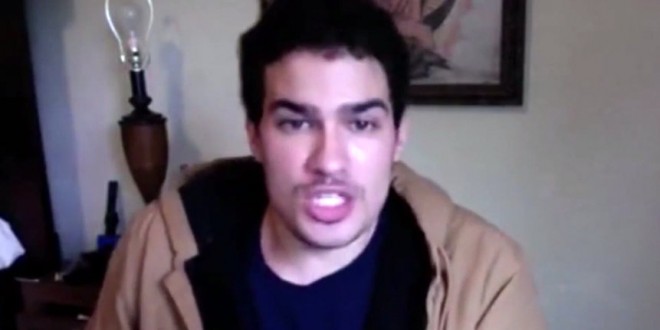 Christian Activist Ted Shoebat: “Sluts” Who Have Abortions Should Be Executed For Defying God [VIDEO]

Extremist right-wing activist and Donald Trump supporter Theodore Shoebat posted a video last night praising Trump’s short-lived call to punish women who have abortions, declaring that “sluts” who have abortions should be put to death.

“You pro-life bastards!” Shoebat screamed at the anti-choice groups who criticized Trump’s initial position. “You are useless scum. Bastards. Pigs. Swine. Lower than the devils that you claim to be fighting against because you do not follow the law of God.”

Shoebat, who was recently featured in Janet Porter’s anti-gay documentary “Light Wins” along with several Republican presidential candidates, members of Congress and leading anti-gay activists, then cited Leviticus as he declared that “all these sluts who kill their own children” should be put to death.