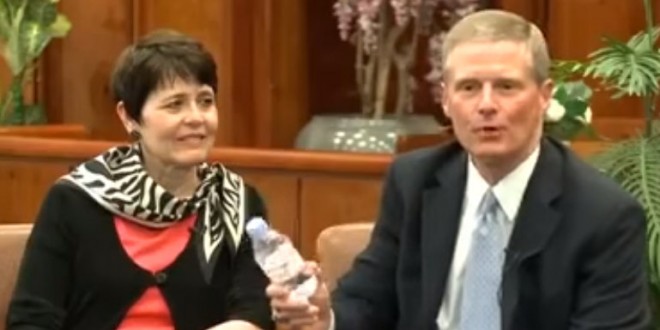 CHILE: US Mormon Leader Tells LDS Group “There Are No Homosexual Members Of Our Church” [VIDEO]

For real. He said that. The Huffington Post reports:

A top Mormon leader made some eyebrow-raising claims about the gay community during a visit to Chile last week. During a Feb. 23 meeting, the Church of Jesus Christ of Latter-day Saints (LDS) Elder David A. Bednar claimed that he and his fellow Mormons “do not discriminate” against gay and lesbian members because “there are no homosexual members of the church,” Raw Story first reported.

He likened same-sex attraction to a physical challenge, like being “born with a body that is not fully functional,” but noted that “simply being attracted to someone of the same gender is not a sin.” While he noted that “there are many members of the church who may have some manifestation of that attraction,” it’s only a sin if “we act on the inclination or the attraction.”

Previous New York Daily News: Start Planning Your Exodus
Next Petition To Chris Christie: Do Your Job Or Quit