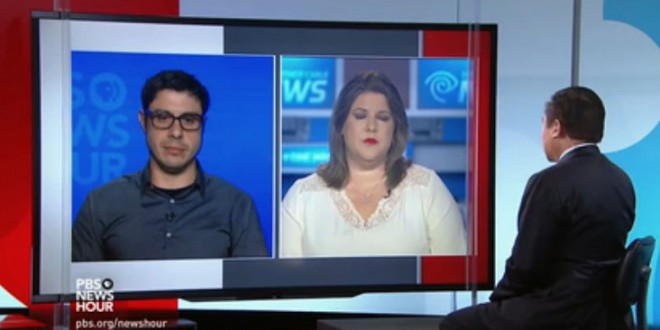 What the city council did in Charlotte was very common in the United States. There are about 200 cities with ordinances like these that ban discrimination against LGBT people.

What the lawmakers did in the North Carolina capitol in response is increasingly common this year. There were more than 100 bills filed that target LGBT people in some way, an unprecedented number, and that is seen as a backlash to the decision last year by the U.S. Supreme Court, which allowed marriage in all 50 states between same-sex couples.

These bills have a number of forms. Some of them are religious protection bills, such as one in Missouri, and another one in Georgia right now, although the one in North Carolina was somewhat unique, in that it combined two other types of bills we have seen.

One is a preemption bill that overrides local jurisdictions, and the other would ban transgender students from school restrooms that correspond with their gender identity. And so North Carolina put these two together.

And the second one about banning students from school restrooms is the first of its kind in the entire country. And there are questions then raised about what this means legally for the state. The Obama administration has said that civil rights laws ban that sort of discrimination against transgender people in schools, and so this seems like it’s ripe for a legal challenge.