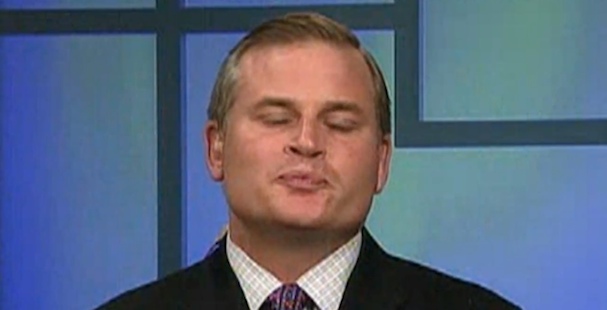 “In Georgia, turncoat Republican Governor Nathan Deal just vetoed an extremely modest bill to protect pastors and churches from having to participate in same-sex ‘weddings’ and give some minor protection to religious schools from having to hire someone who openly opposes their religious beliefs. Deal ignored dozens of examples of discrimination against people of faith that have occurred across the country and instead adopted the approach advocated by LGBT extremists that any accommodation of religious objections to gay ‘marriage’ amounts to ‘discrimination’ against gays and lesbians. Deal and the extremists demand that every single person, religious organization and small business in Georgia agree to personally participate in a same-sex ‘wedding’ ceremony if asked, regardless of their deeply-held religious views.

“It is now clear that LGBT extremists and the left will accept absolutely no dissent from the orthodoxy they wish to impose on the country and they are prepared to utilize cultural and economic threats to get their way. In Georgia, the head of the grossly-misnamed Human Right Campaign demanded that Hollywood studios and production companies threaten to withdraw all television and movie productions from Georgia if Governor Deal signed the legislation protecting pastors and churches from participating in same-sex ceremonies.” – Hate group leader Brian Brown, in a money beg that also celebrates the passage of North Carolina’s anti-LGBT law.