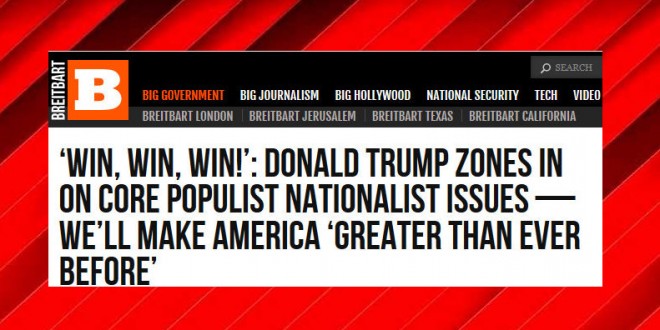 At least six Breitbart staffers including editor-at-large Ben Shapiro have fled the ersatz Trump World Headquarters in the last few days, talking smack about their former employer all the way. Breitbart is now threatening to sue them. Via Politico:

Breitbart is getting litigious. The company sent out cease and desist letters to some of the employees who left the company in the past week, multiple sources with knowledge of the letters told POLITICO. Six staffers resigned in the past few days, citing the aftermath of how the site handled one of its reporters, Michelle Fields, accusing Donald Trump’s campaign manager of strong-arming her as she tried to ask the candidate’s attention. Several of the now former employees issued scathing statements about the company as part of their resignations, and some have given interviews on television and in major newspapers.

In 2012 Breitbart reportedly settled with right wing radio shrieker Dana Loesch after she sued them, presumably over her non-compete clause.