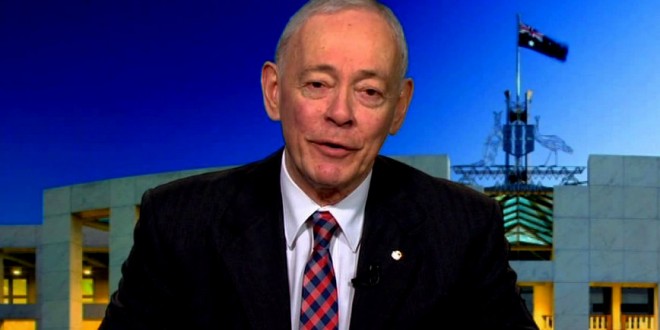 We’ve heard this one before. Gay Star News reports:

Family First Senator and marriage equality opponent Bob Day on Friday hit out at same-sex marriage, saying that most gay men in relationships are unfaithful to their partners.

During the second reading of the Marriage Equality Amendment Bill, the Senator for South Australia started his speech calling it ‘shameful that activists for marriage equality assume that opponents must be bigots.’

He rhetorically asked the chamber why not allow three people to marry if same-sex marriage is to be legalized.

‘If this bill seeks marriage equality, what is it trying to protect equally? What relationships then are not marriages? Why would redefining marriage stop at same-sex relationships? The bill talks about two people, but why not three?’

The chairman of the Family First Party further quoted gay sex columnist Dan Savage and gay Australian academic and activist Dennis Altman as saying that gay men are typically ‘unfaithful’ and that having one partner to be ‘unrealistic and unnatural’.

There was no vote on marriage following the Senate debate.