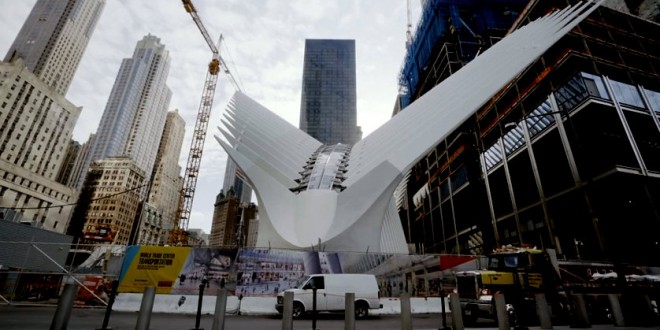 Downtown Manhattan got a new architectural landmark on Thursday. Was it worth it? Well, that’s a more complicated story. Architect Santiago Calatrava’s World Trade Center Transportation Hub opened with an afternoon ceremony to a trickle of commuters and a flood of controversy. (“Functionally vapid,” a “boondoggle” that “wows rather than elevates” have been some of the harsher critiques.) The distinctive structure with wing-like ribs connects the PATH commuter trains from New Jersey to the New York subway system, as well as the trans-Hudson ferries. Total price tag: $4 billion.

You must use Chrome or Firefox to use the 360° function.