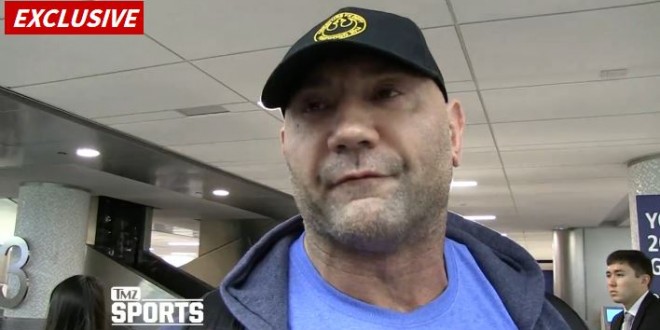 Manny Pacquiao is a “fucking idiot” — so says “Guardians of the Galaxy” star Dave Bautista … who says he’s EXTREMELY offended by the boxer’s anti-gay comments because his mom’s gay. The former WWE superstar — who also happens to be Filipino — went off on Pacman at LAX. “My mom happens to be a lesbian so I don’t fucking take that shit. I don’t think it’s funny. If anyone called my mother an animal I’d stick my foot in his ass.”