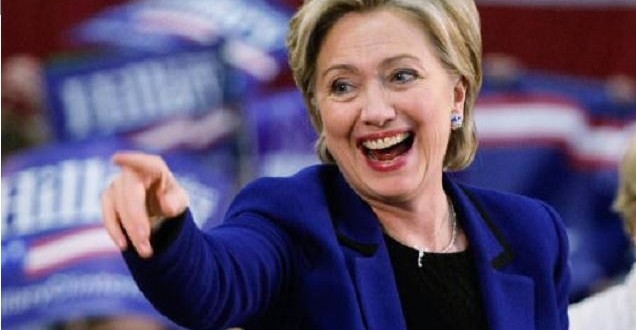 Are you bored silly with all these “Obama killed Scalia” claims? Tired of rolling your eyes at “God killed Scalia so Ted Cruz can become president”? Well, you’re in luck because we now have another suspect. Via Liberty News:

How in the world could the death of a Supreme Court justice on a remote ranch in Texas be linked to Hillary? Well . . . because of her own words and campaign desperation.

Just weeks ago, on January 26th, an enthusiastic supporter in Ohio publicly asked Hillary if she would be willing to name Barack Obama to the Supreme Court. Her response? Hillary responded with, “What a great idea . . . he is brilliant and he can set forth an argument and he was a law professor. He has got all of the credentials.”

Clinton has been running against her socialist opponent, Bernie Sanders, as a continuation of the Obama legacy. What better way to continue to give voice and power to the Obamas than to place the two-term president on the highest court in the land?

Clinton’s and Obama’s supporters went nuts over the concept of “Justice Obama,” lighting up Twitter and Facebook. The “Supreme Idea” was a winner. But like all evil plans, someone has to die to get the ball rolling. Enter Antonin Scalia.

If this were a political crime thriller, it would be too unbelievable to sell. But in the world of the Clintons they somehow have managed to get away with murder and more for decades.