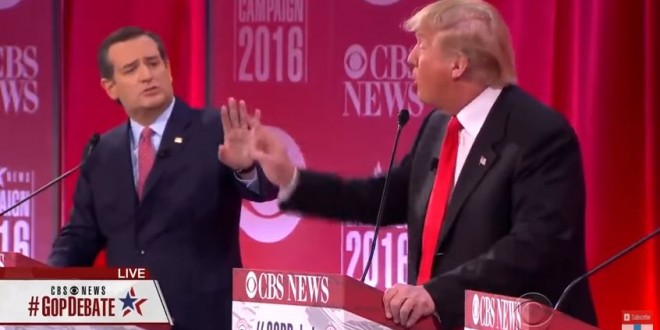 By far the most entertaining point of last night’s GOP debate was when Trump and Cruz got into such a shouting match that the moderator threatened, “Gentleman, I’m going to turn this car around.” Here’s a recap:

After Ted Cruz went after Donald Trump at tonight’s debate for being a fake conservative who’s held plenty of liberal positions in the past, Trump exploded. Cruz claimed that Trump supports federal funding for Planned Parenthood. Trump shot back, “You are the single biggest liar!” Trump said that he lied about Ben Carson in the much-debated Iowa fracas and is spreading false claims about him in South Carolina. He cried, “This guy will say anything! Nasty guy! Now I know why he doesn’t have one endorsement from any of his colleagues.”