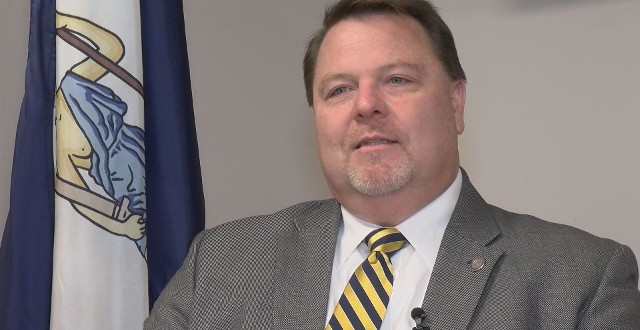 By a 20-19 vote, today the Virginia Senate approved a bill which allows government employees to refuse to officiate same-sex marriages because Jesus. The bill was sponsored by GOP state Sen. Charles Carrico [photo], who has introduced a slew of other anti-LGBT bills.

Speaking on the Senate floor, Ebbin said, “This bill is thoroughly unnecessary. It sanctions discrimination by government employees. We are the birthplace of the Statute for Religious Freedom. We enjoy one of the richest histories of any state when it comes to that freedom. Proposals like these — licenses to discriminate — desecrate the very things they claim to protect. This bill carves out a space for bigotry cloaked under the guise of religious freedom.”

If SB41 were to become law, it would allow all persons authorized to perform marriage ceremonies in Virginia, including judges and public officiants, to refuse to conduct marriages that violate a “sincerely held religious belief.”

Ebbin continued, “The legislation would allow judges to turn away certain couples at the courthouse door. Government officials should not be allowed to pick and choose which of their duties they will fulfill or which services they will provide and to whom, especially when the result would be blatant discrimination and the service to be denied involves a fundamental human right. Nor should government employees be allowed to impose their personal religious beliefs on those whom they serve.”

The bill now heads to the House of Delegates where Republicans hold a 2-1 majority.

Previous President Obama To Ellen: Advances In LGBT Rights Are Among My Proudest Achievements [VIDEO]
Next Jim Gilmore Suspends His Presidential Bid