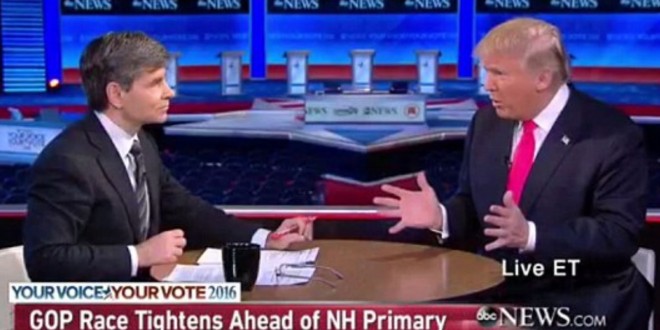 Donald Trump gave a perplexing answer this morning on This Week with George Stephanopoulos when asked to better articulate his position on gay marriage. “We’ll see what happens,” Trump said, using similar phrasing several times while saying he would appoint the “absolute best judges” and then “make the determination at that time.” The word salad started after Stephanopoulos pointed to two recent sets of comments the billionaire said on the subject.

In one, he said he’d appoint Supreme Court justices in hopes of overturning last year’s decision, which legalized same-sex marriage in all 50 states. In another interview, Sue O’Connell from New England Cable News, a lesbian who publishes the region’s largest gay newspaper, asked if the country would see “forward motion on equality” during a Trump presidency. “Well, you can,” Trump said. “And, look, again, we’re going to bring people together, and that’s your thing, and other people have their thing.” Trump promised again to bring people together.

The above-quoted portion begins at 6:00 in the clip below.

Previous CNN Statement: Ted Cruz Is A Liar
Next TRAILER: The Jungle Book