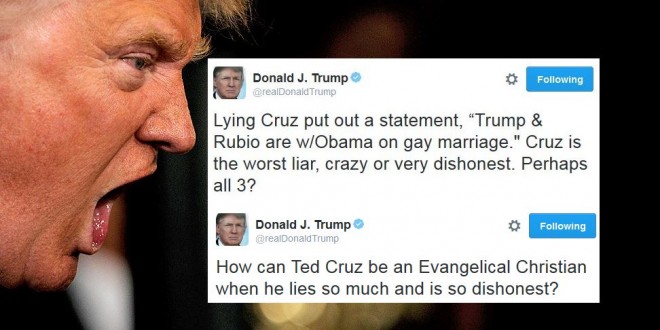 Ted Cruz is continuing to pull Donald Trump to the right on same-sex marriage. In the early days of his campaign Trump had little to say about Obergefell, other than expressing faint opposition and saying it’s now the “law of the land.” Later he said that Kim Davis should do her job. But last month he vaguely promised to enable the repeal of Obergefell through Supreme Court appointments. And now this.