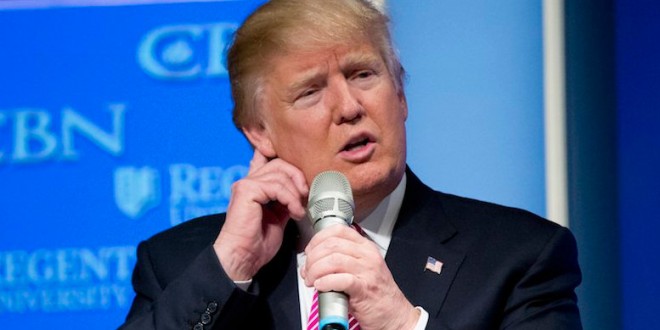 Oh brother. Via The Hill:

Donald Trump on Monday blamed a poor earpiece for sparking a misunderstanding over white nationalist David Duke’s support of the GOP presidential front-runner. “I’m sitting in a house in Florida with a very bad earpiece they gave me,” he told hosts Matt Lauer and Savannah Guthrie on NBC’s “Today” show

“I sit down and I have a lousy earpiece provided by them,” Trump continued. “You could hardly hear what [CNN anchor Jake Tapper] was saying. “What I heard was ‘various groups.’ I have no problem disavowing groups but I’d at least like to know who they are. It’d be very unfair disavowing a group if they shouldn’t be disavowed.”

As you’ll see in the second clip below, Rubio isn’t having it.