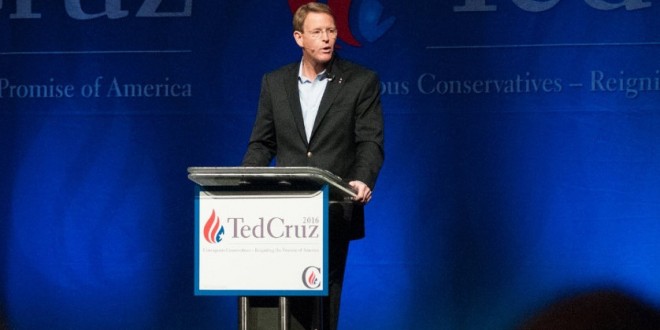 Two weeks ago Marco Rubio recruited a slew of anti-LGBT activists to sit on his “religious liberty” advisory board. This afternoon hate group leader Tony Perkins announced that he will chair a similar advisory board for Ted Cruz. Curiously, Heritage Foundation hater Ryan Anderson sits on both boards. From Perkins:

Ted Cruz announced today the creation of a 19-member Religious Liberty Advisory Council, which will guide his policies to protect religious liberty and reverse the unprecedented attacks on freedom both at home and abroad.

I am honored to chair this council at such a critical time in the history of this nation. Never before has religious freedom been more endangered than it is today under the policies of the Obama administration. We need a president who upon entering office will immediately begin reversing the damage done to our freedom to believe and our ability to live according to those beliefs.

While Ted has been effective on an array of national issues, he hasn’t strayed from his theme, which is that 2016 is going to be a ‘religious liberty election.’ This continues to resonate with Americans, who open their newspapers every day to a new story of religious hostility. I am confident that Ted Cruz, who has spent his career defending religious liberty in the courts and in the Senate, can be trusted and is prepared to make freedom mean something again in America.

Unfortunately, the future of freedom in America rests largely in the hands of the courts, which is why we need a president who can spot liberal jurists, and who will fight to ensure constitutionalists who respect the rule of law are seated on the Supreme Court. The formation of this Religious Liberty Advisory Council will be an encouragement to the American people. Help is on the way.

Some of the other members of the Cruz board: