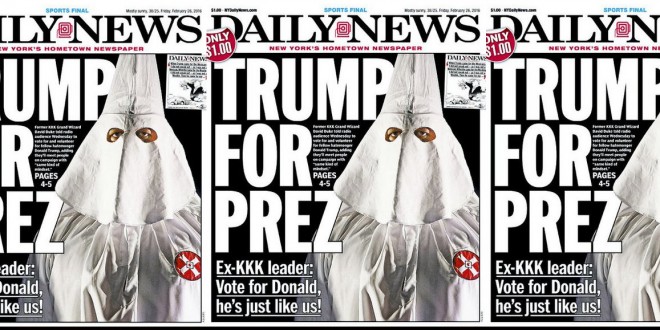 Donald Trump’s been knighted by racist David Duke. The former grand wizard of the Knights of the Ku Klux Klan told his bigoted followers that not voting for Trump would be “treason to your heritage” and implored them to volunteer for the billionaire candidate because they would find like-minded haters in the campaign.

“Voting for these people, voting against Donald Trump at this point, is really treason to your heritage,” the white nationalist said on the “David Duke Radio Program.”

“I’m not saying I endorse everything about Trump. In fact, I haven’t formally endorsed him. But I do support his candidacy, and I support voting for him as a strategic action. I hope he does everything we hope he will do,” Duke, who also served a three-year stint in the Louisiana state House, said Wednesday.

The Trump campaign did not respond to repeated requests for comment on the controversial backing and the mogul, an avid user of social media, was uncharacteristically silent on the issue on his Twitter account. But civil rights groups immediately responded to Duke’s remarks, calling on Trump to disavow any connection to him and other hate groups.