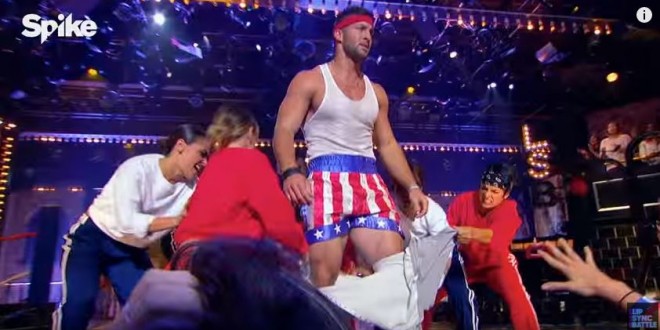 Last night 28 year-old virgin for Jesus and former NFL player Tim Tebow partially-mouthed Survivor’s 1982 hit Eye Of The Tiger on Spike TV’s Lip Sync Battle. His performance has largely been dissed by the show’s fans, especially by those dismayed that Tebow kept his shirt on. Others were disappointed that the bit did not conclude with his famous “Tebowing” move. Watch below.