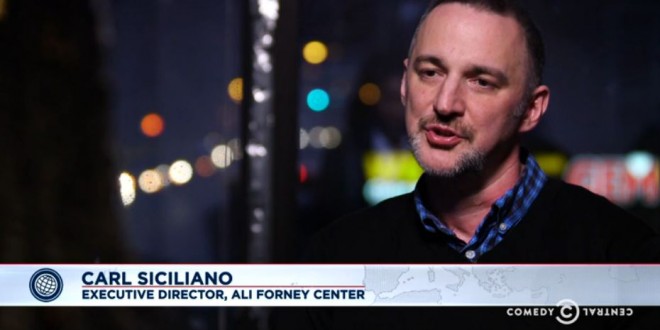 Last night the Daily Show ran a segment in which reporter Jessica Williams interviewed Ali Forney Center founder Carl Siciliano and Harlem hate Pastor James Manning about the coming foreclosure auction of his church. Manning repeated his “Starbucks semen latte” claims to a dumbfounded Williams and also repeated his vow that gay men will “have babies out of their asshole” before he gives up his church. Watch below.