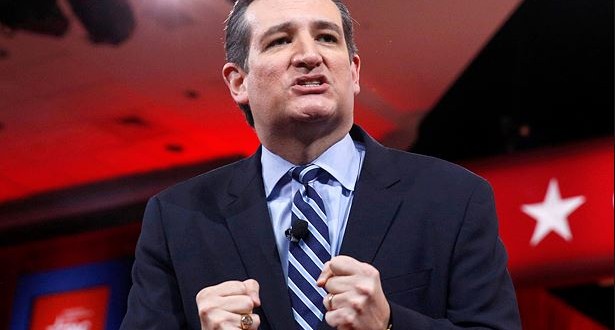 Ted Cruz Is Stealing From God

Remember how Todd Starnes screamed that the state of Oregon had “stolen from God” when it seized the “tithing account” of the anti-gay Oregon bakers? Remember how Rafael Cruz declared that non-tithing Christians were stealing from God? As it turns out, Rafael’s son is also totally robbing White Jesus. Warren Throckmorton writes:

In 2010, Cruz reported just over $2 million in income while only declaring $22,337 in donations. In 2010, he wasn’t a poor, struggling newlywed. Obviously, the blessings were flowing, even though the tithes weren’t. This is serious business to evangelicals who view tithing as the pathway to God’s blessing.

Rafael Cruz says that someone who is not tithing shouldn’t expect God’s blessing. He interprets Malachi to say that a non-tither is stealing from God. He adds that the devil will attack and perhaps devour one’s income. Rafael Cruz and others have expressed the opinion that Ted Cruz has been blessed because he has been faithful. How can this be if Cruz has been stealing from God?

Ironically, Ted Cruz is evidence against his own father’s teaching on tithing. Or perhaps Cruz isn’t really anointed. Or perhaps this whole dominionist business is just a way to provoke a great transfer of wealth, but not the kind Rafael Cruz preaches about. The main transfer of wealth of interest to prosperity preachers is from the congregation to their pockets.

There’s much more at the link, including a Rafael Cruz video rant about tithing. (Tipped by JMG reader BK)