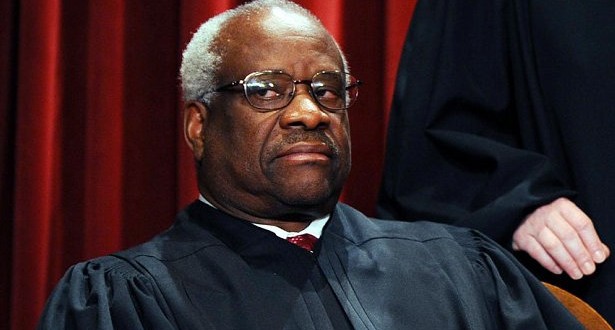 The famously quiet Justice Clarence Thomas reportedly spoke up Monday morning and asked questions during oral arguments Monday in a case about gun ownership. Thomas has refrained from asking questions from the bench during Supreme Court hearings for the past ten years. According to a Bloomberg reporter, Thomas asked “if First Amendment rights could be abridged for misdemeanor rights, like Second Amendment Rights,” perhaps hinting at his opposition to the question at hand: whether domestic-violence offenders can be legally banned from owning firearms.