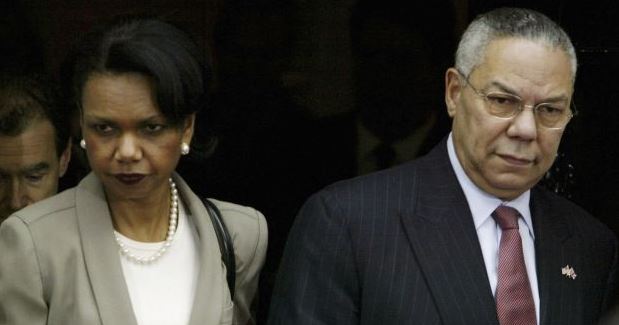 The State Department is now saying that Hillary Clinton wasn’t the only former Secretary of State or their staff to handle classified information on a private email account, a Congressman told ABC News.

Colin Powell and the immediate staff of Condoleezza Rice, both of whom served under President George W. Bush, also had information that was later deemed classified on non-State Department email accounts, according to a new memo from the State Department’s Inspector General, described to ABC News by Rep. Elijah Cummings.

That memo, dated Feb. 3 and addressed to Under Secretary of State for Management, Patrick Kennedy, was shared with Cummings, the ranking member of the House Committee on Oversight and Reform. ABC News has not seen the memo.

Cummings, who has long been critical of the many Republican-led investigations into Clinton’s email use, says this is just further evidence they are out to derail her campaign for President.

“Based on this new revelation, it is clear that the Republican investigations are nothing more than a transparent political attempt to use taxpayer funds to target the Democratic candidate for President,” Cummings said in a statement.

Both Rice and Powell are discounting the State Department’s findings. (Tipped by JMG reader Mark)