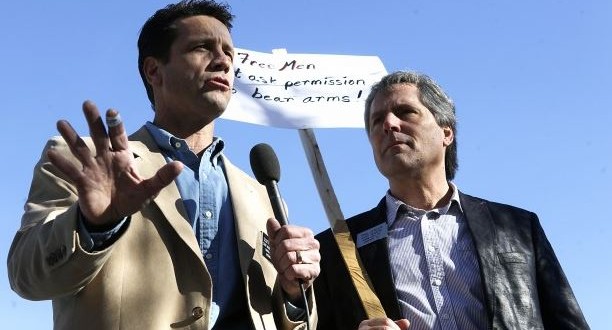 A legislative panel has approved a bill that would bar the government from taking actions such as revoking the tax exempt status of an organization because of religious beliefs about marriage or sex. The House State Affairs committee approved the measure Wednesday. It heads to the full House. Republican Rep. Scott Craig says a person or organization shouldn’t face repercussions from the government for actions based on beliefs that marriage should only be between a man and a woman or that that sex is determined by anatomy at birth.

HB 1112 could ban transgender students from participating in athletic activities consistent with their gender identity and HB 1107 seeks to explicitly authorize taxpayer-funded discrimination against LGBT South Dakotans and single mothers. “Fairness and equality are under attack in South Dakota,” said HRC Legal Director Sarah Warbelow. “Both of these pieces of legislation shamefully passed today by the House State Affairs committee are dangerously far-reaching and would have severe consequences, not just for LGBT South Dakotans and their families, but for the entire Mount Rushmore State. Fair-minded people across the state must stand up and demand their lawmakers stop these extreme, discriminatory measures.”

Rep. Craig (above left) is a pastor at his local church. Of course.

Previous Marco Rubio: I’m Hip, Young, And Handsome
Next Ted Cruz Shrugs Off Stolen Election Claims: It’s Just Donald Having Another One Of His “Trumper Tantrums”