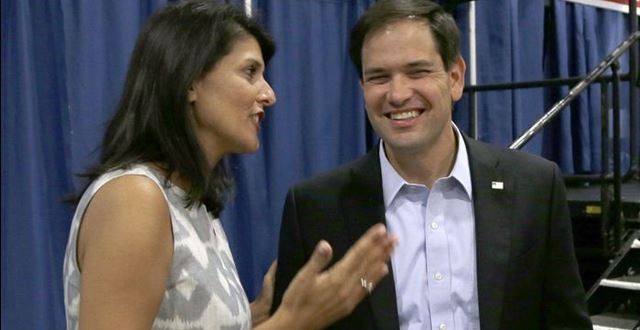 There goes second place for Ted Cruz. Probably. From the Charleston Post & Courier:

Haley is scheduled to appear with Rubio tonight at 6 p.m. in Chapin for a previously scheduled town hall gathering set up by the Rubio campaign. The endorsement was confirmed to The Post and Courier by a source familiar with the governor’s thinking.

Haley joins U.S. Sen. Tim Scott and Upstate congressman Trey Gowdy as the most visible South Carolina politicians to go with Rubio. Her endorsement is the most critical prize of all, as she is both the elected leader of the Republican Party in the state and an emerging star on the national stage.

Cruz and Rubio have been neck and neck in the most recent South Carolina polls.