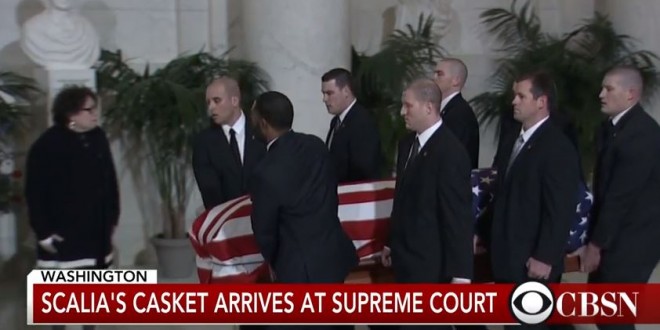 Hundreds of mourners lined the steps of the Supreme Court building in the last hour as the casket of late Justice Antonin Scalia was laid in state upon the pedestal that once held the body of Abraham Lincoln. Watch below. The remaining eight Justices lined up alongside the casket in the order of their seniority as a prayer was read by Scalia’s priest son, ex-gay advocate Father Paul Scalia. With formal state operations now concluded, the public will be filing past the casket for the remainder of day. Scalia’s funeral is tomorrow.