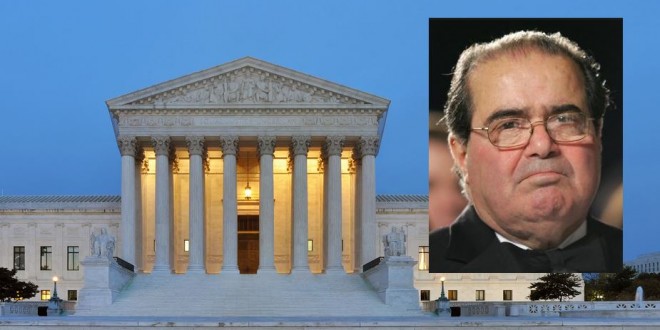 Scalia To Lie In State At Supreme Court Building

Antonin Scalia’s body will lie in state at the Supreme Court building on Friday. The Hill has details:

Services for Scalia will be held Saturday at 11 a.m. at the Basilica of the National Shrine of the Immaculate Conception in Washington, according to an NPR report, which cited sources close to the Scalia family.

The Supreme Court announced Tuesday that it would drape a black wool crepe on Scalia’s chair and over the bench directly in front of his seat as a memorial. The flags on the court’s front plaza will also fly at half-staff for 30 days in Scalia’s honor.

Similar honors were granted to late Justice William Rehnquist, who also died while in office.