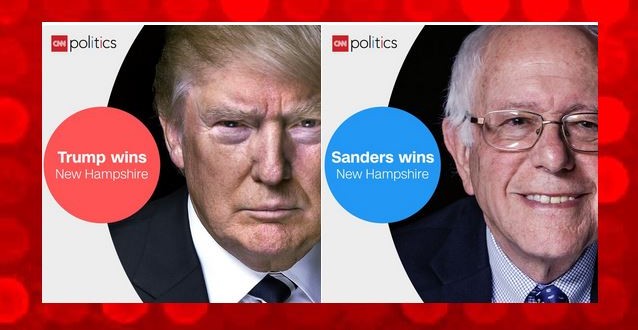 Within minutes of the polls closing, all of the major networks tonight declared Bernie Sanders and Donald Trump the winners of the New Hampshire primary. The final margins won’t been known for a couple of hours, but polling appears to be been correct for both front-runners. Now all eyes turn to the four-way battle for second place on the GOP side.