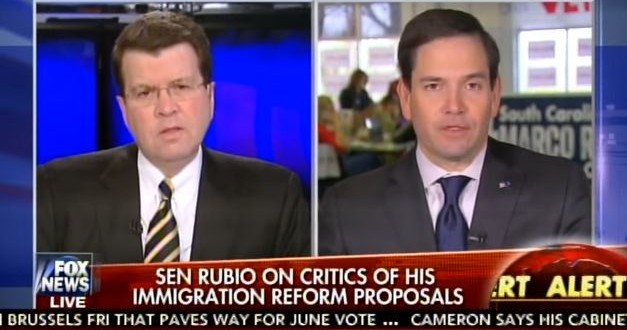 Last night Marco Rubio dismissed the “conspiracy” nuts at Breitbart during an appearance on Fox News, telling host Neil Cavuto that his campaign doesn’t even credential Breitbart reporters for his events. Boom!

As you probably now, for the last year Breitbart has acted as a de facto arm of the Trump campaign, with a large number of their articles either being pro-Trump or anti-Rubio (or both.) Last week Trump even pointed out Breitbart reporter Matthew Boyle at a rally, telling the crowd that Boyle is a “great journalist.”

For his part, Boyle spends his days on Twitter relentlessly trolling Rubio campaign staffers – all while screaming about the “bias” of other journalists.