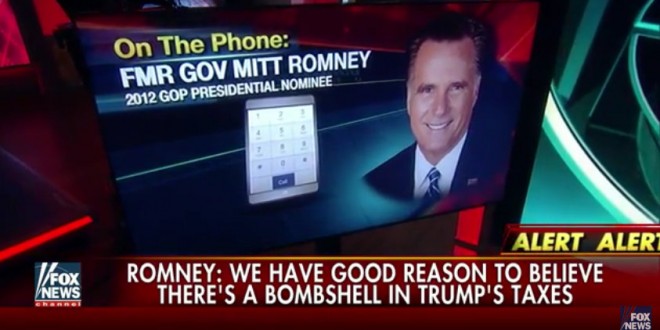 Romney: Is A Bombshell In Trump’s Taxes? [VIDEO]

Former GOP presidential contender Mitt Romney called in to Fox host Neil Cavuto‘s show Wednesday afternoon, and speculated that Donald Trump might be deliberately concealing information about his net worth and donation habits from the American voters.

Trump, Romney noted, had done a fine job harnessing people’s anger with a “political class that’s been fiddling and diddling,” leading to gridlock and inaction in Washington, but speculated that there were some as yet unearthed facts from the mogul’s past that could come back to haunt him — specifically, he said, he believed that “there’s a bombshell in Donad Trump’s taxes.”