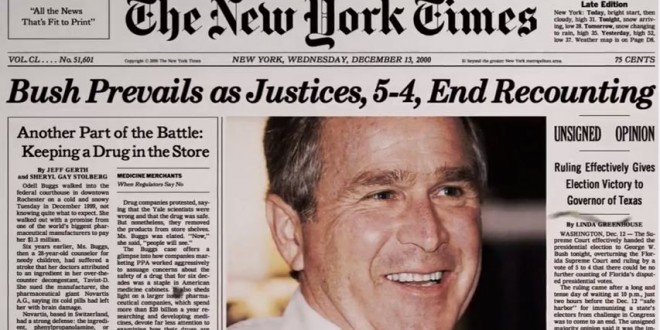 From the Agenda Project:

Yesterday, Republican members of the Senate Judiciary Committee announced that not only would they not approve any individual that President Obama nominates to the Supreme Court, they would refuse to hold even cursory hearings.

In response, the Agenda Project Action Fund released a provocative new ad targeting GOP obstructionism in the Supreme Court fight. “Constitution or Chaos?” challenges Americans to imagine another disputed election – like the 2000 Bush v. Gore election – but this time with a 4-4 Supreme Court. The video includes violent images of street protests and the sounds of gun shots.

“The American political system is already a powder keg,” said Agenda Project Action Fund President Erik Altieri. “If the Senate refuses to act to appoint a Supreme Court judge before the presidential election, they will be taking that power keg, putting it on top of a stack of dynamite and lighting a match.”

You might remember the the Agenda Project’s controversial 2011 clip which depicted Paul Ryan pushing a wheelchair-bound elderly woman off a cliff.