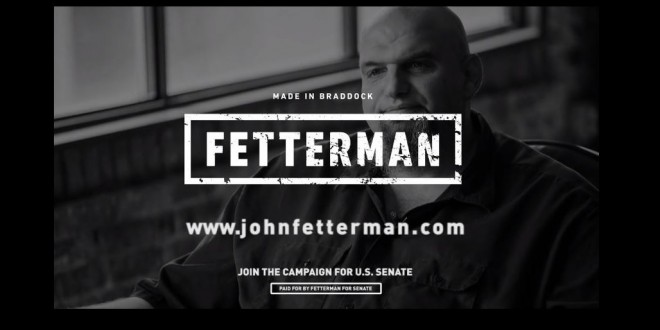 Back in 2013 the mayor of a Pittsburgh suburb won lots of fans here on JMG when he officiated the wedding a local gay couple in violation of Pennsylvania’s ban on same-sex marriage.

That mayor, John Fetterman, is now running for the US Senate and during last night’s MSNBC presidential town hall he aired a campaign ad touting his support for LGBT rights. Watch below.

Fetterman is seeking to unseat GOP Sen. Pat Toomey, who has supported a federal constitutional ban on same-sex marriage and opposed other major LGBT rights measures.

In the Democratic primary Fetterman will face former US Rep. Joe Sestak, who was among the original sponsors for the repeals of both DADT and DOMA.

Another Democrat in the race is Kathleen McGinty, who has served as an advisor to Al Gore and Bill Clinton and is the former chief of staff for Pennsylvania Gov. Tom Wolf.