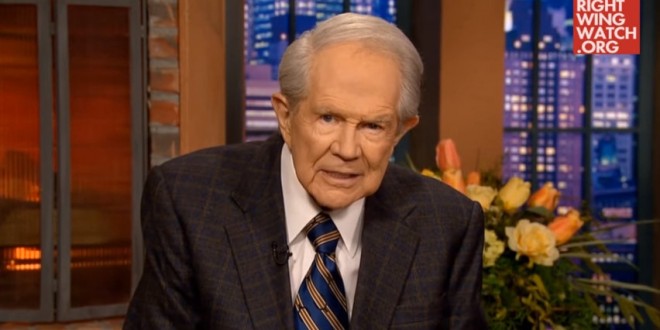 Pat Robertson: Homosexuals Are Incapable Of Knowing Love, That Only Comes From White Jesus [VIDEO]

“Robert chose the homosexual lifestyle because he craved attention from men. We have all these myths about homosexuality and he was just being used by people, they just wanted to take advantage and he didn’t know any better. He thought that what they were showing him was love when actually it was one form of lust. When he came free, he wasn’t ‘homosexual,’ he was a person looking for love, he wanted the real thing and he got it, God gave him real love.” – Pat Robertson, telling the story of an allegedly ex-gay man.

Previous MICHIGAN: Booted Anti-Gay Teabaggers To Face Felony Perjury Charges For Lying About Their Affair
Next Trump Vows To “Open Up Libel Laws” So He Can Sue Media For Negative Stories About Him [VIDEO]