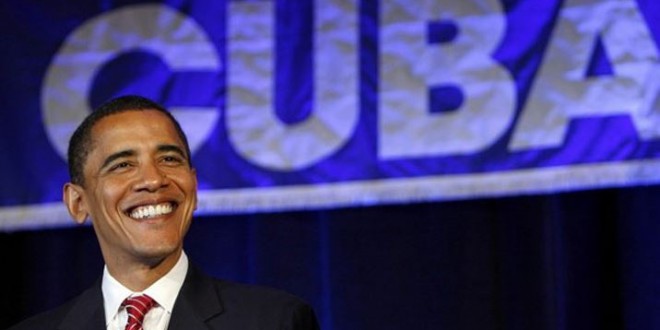 And the wingnuts are, predictably, screaming. CNN reports:

“We can confirm that (Thursday) the administration will announce the President’s travel to Latin America, including Cuba, in the coming weeks,” according to a senior administration official. The trip, long expected, comes after Obama’s administration formally reopened ties with Havana in late 2014, following a half-century of enmity.

Speaking at CNN’s GOP town hall on Wednesday night, presidential candidate Marco Rubio slammed the announcement. The Florida senator said that if he were president, he would not visit the island nation — unless it were a “free Cuba.” The Cuban government is “an anti-American communist dictatorship,” said the Cuban-American senator, who has been an outspoken critic of Obama’s Cuba policy. “They’re a repressive regime.”

Texas Sen. Ted Cruz, whose father emigrated from Cuba, also disparaged the prospect of a presidential visit. “I think it’s a real mistake. I think the President ought to be pushing for a free Cuba,” Cruz said at the same town hall. “My family has seen firsthand the evil and the oppression in Cuba. We need a president who stands up to our enemies.”