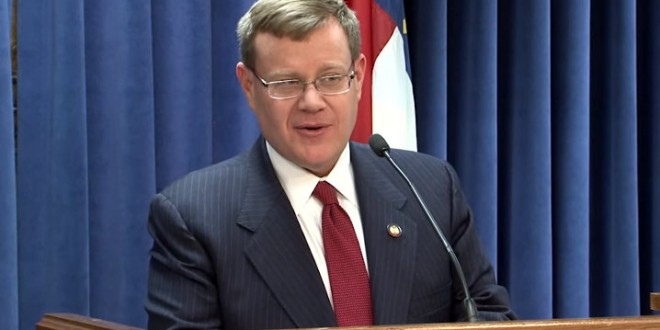 From the Charlotte News & Observer:

N.C. House Speaker Tim Moore said Thursday he’s exploring a possible special legislative session to deal with a controversial provision of Charlotte’s expanded nondiscrimination ordinance. Moore and others object to the so-called bathroom provision that would allow transgender people to use the restroom of their choice, depending on the gender with which they identify.

In an email to GOP lawmakers, he said, “the recent radical actions of the Charlotte City Council … pose a real danger to public safety concerning the sexual identity and bathroom matters … If we do not act, the Charlotte ordinance will go into effect on April 1.” The General Assembly’s short session is scheduled to convene April 25.

Whether in a special session or regular session, Moore predicted lawmakers will deal with the provision in a statewide bill. That would prevent other cities from adopting similar ordinances. This week the Campaign for Southern Equality and Equality NC called on the Asheville City Council to pass similar LGBT measures.