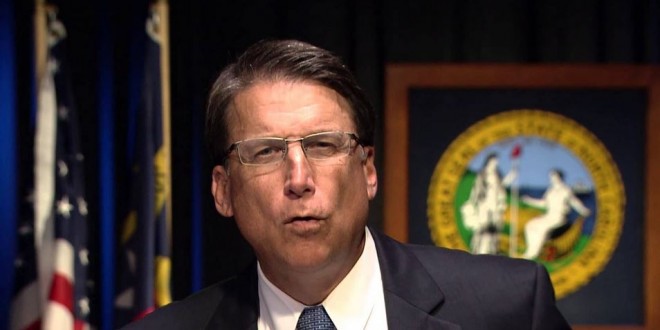 NORTH CAROLINA: Gov. Pat McCrory Vows To Undo Charlotte’s LGBT Rights Law And All Others In The State

Before the Charlotte City Council even voted to approve its LGBT rights law last night, North Carolina Gov. Pat McCrory had vowed “immediate intervention” if it were to pass. Tonight McCrory and state GOP leaders are moving to make that promise come true and then some. Dominic Holden reports at Buzzfeed:

In a statement Tuesday afternoon, Gov. McCrory said legislators had told him they are planning a bill to block the LGBT nondiscrimination ordinance not only in Charlotte, but also in any other jurisdiction in the state that passed a similar policy.

“As I communicated and predicted prior to the vote, state legislative leaders have notified me about introducing legislation that would correct this misguided government regulation and ensure it will not happen in any town or city in North Carolina,” McCrory said.

“I am disappointed and saddened Charlotte city government initiated overreaching regulations that change basic standards and expectations of privacy regarding restrooms and locker rooms,” he added.

“As governor,” he continued, “I will support legislative action to address this regulation and will remain committed to protecting the privacy and safety of all men, women and children of all ages in North Carolina. My position is consistent with challenging government overreach by the federal, state and now a local government.”

Holden makes a critical point about these so-called “bathroom bills”:

There are no documented cases in the 17 states and 225 other cities with such laws on the books of people using the policies for nefarious purposes, but the bathroom attack has been a potent argument for blocking and repealing LGBT nondiscrimination laws.