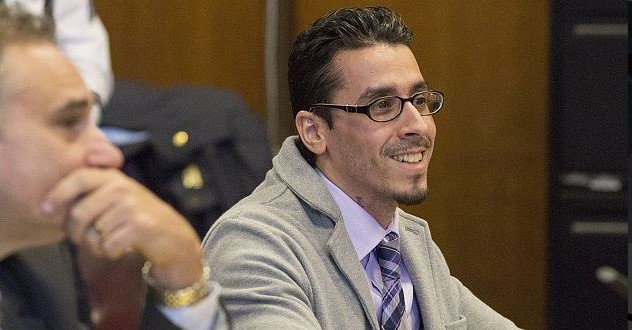 The trial has finally begun for Elliot Morales, who bragged and laughed to arresting officers after gunning down a gay black man, Mark Carson, on a West Village corner in May 2013. The New York Daily News reports:

Robinson tried to convince Morales, a total stranger to the friends, that there were too many people around for him to kill anyone. “This doesn’t make any noise,” Morales allegedly before callously blowing Mark Carson away.

Morales, who had called the pair “faggots” and “queers” after remarking they looked like “gay wrestlers,” fled on foot but was caught quickly, prosecutors said. Assistant District Attorney Shannon Lucey argued in her opening statement that Morales killed Carson “for no other reason than because he was gay.”

The case against Morales had been delayed after he fired his attorney. Earlier this month he was granted permission to represent himself after telling the court that he has been taking a mail order paralegal course available to NYC inmates. He is charged with hate crime murder and faces life in prison without the possibility of parole. Morales previously served eight years in prison on armed robbery charges.

The murder of Mark Carson spawned massive outrage in NYC’s gay community. Hundreds attended an impromptu candlelight vigil on the night after the shooting and thousands later attended a march from the LGBT Center to the location of the crime. Even the Family Research Council and NOM issued statements denouncing the murder.

At the vigil, which I attended with a group of JMG readers, some of whom were weeping, organizers urged the crowd to shout these words: HIS NAME WAS MARK CARSON.