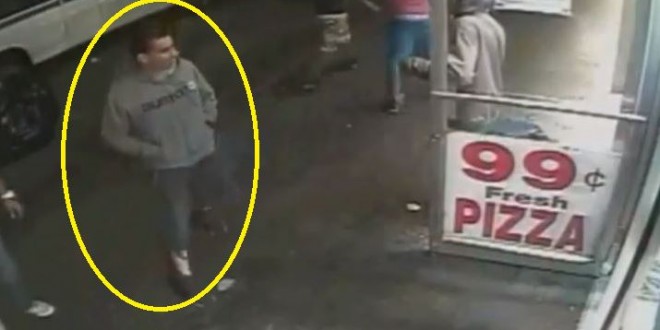 As I reported yesterday, confessed killer Elliot Morales is finally on trial for the May 2013 hate crime slaying of Mark Carson, a black gay man Morales shot to death on a West Village corner. Morales, who is representing himself in the trial, yesterday questioned Carson’s companion on the night of the murder, declaring that the pair had instigated the shooting by not retreating after he called them “faggots.” From the New York Post:

“You could have avoided all of this from escalating to the level it did if you and Mr. Carson just went along with your own business?” asked Morales, 36, who had hurled anti-gay slurs at the strangers as they walked down Sixth Avenue on May 18, 2013. “That is so offensive,” Danny Robinson, 34, said, shaking his head as prosecutors objected. “Sustained,” declared Justice Kirke Bartley.

After a drunken Morales asked the duo, “What are you, gay wrestlers?” and called them ­“faggots,” they turned around and confronted him, prosecutors say. In the surveillance video, which has no audio, the men are seen outside a pizzeria. When Morales walked around the corner onto Eighth Street, the two men followed and exchanged more words before Morales allegedly shot Carson, 32.

“Wouldn’t you agree, seeing this firearm and telling me to put it down, wouldn’t you consider that to be more instigating the whole situation?” Morales questioned Robinson. “Instigating?” asked Robinson, incredulously. “Not at all.”

Shortly before murdering Carson, Morales had urinated against the front window of the West Village restaurant Annisa. When the manager came out to chase Morales away, Morales said, “You want to get a look at my tiny dick?” Morales then entered the restaurant and pointed his gun at the bartender, calling the terrified staff and patrons “faggots.”

Morales is charged with second-degree murder as a hate crime and faces life in prison without the possibility of parole. He previously served eight years in prison for an armed robbery committed in the East Village.