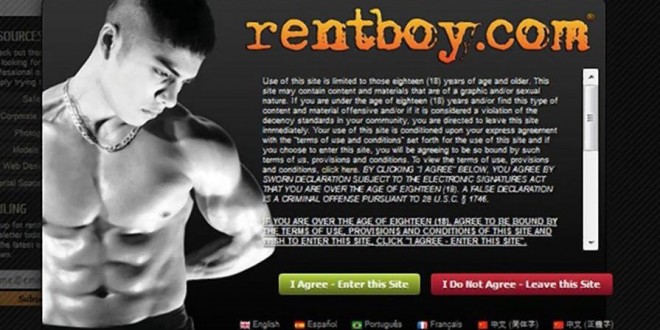 Criminal charges have been dropped by the feds against six employees of Rentboy.com founder Jeffrey Hurant, it was disclosed Wednesday. The underlings were arrested along with Hurant last year on charges of promoting prostitution.

Federal prosecutors alleged that Hurant was operating the web site like an online brothel. Last week Hurant pleaded not guilty to an indictment charging him alone with promoting prostitution and money laundering. He is engaged in plea negotiations with the feds.

Last fall’s raid on the Rentboy office spurred local activists to protest outside the federal courthouse in Brooklyn. Dozens of heterosexual escort services continue to operate online in New York City without any apparent interest from the authorities. (Tipped by JMG reader William)