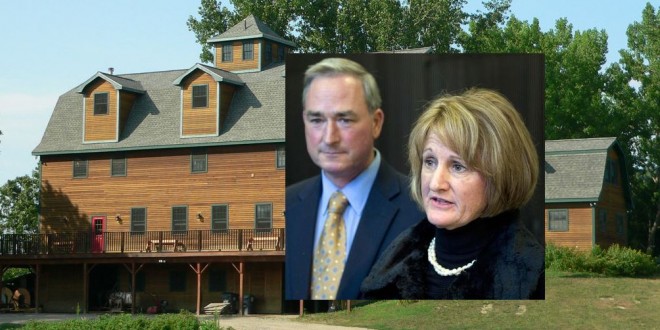 Last month the appellate division of the New York Supreme Court told Alliance Defending Freedom to take a hike when they affirmed New York’s public accommodations laws in the case of an upstate wedding venue that had been fined for turning away a same-sex couple. Today the ADF announced that they are surrendering. The Associated Press reports:

The owners of an upstate wedding venue fined $13,000 for refusing to host a lesbian wedding say they will not appeal a court ruling affirming that they violated New York’s anti-discrimination law.

Robert and Cynthia Gifford cited their conservative Christian beliefs in refusing to host the 2013 wedding of Melisa and Jennie McCarthy at Liberty Ridge Farm, north of Albany. A state appeals court in January rejected the Gifford’s argument that their rights were being violated and upheld a ruling from the state’s Division of Human Rights.

A lawyer for the Giffords released a statement Tuesday saying they would not appeal. The lawyer said the couple is evaluating how to run their business “under a legal regime that disregards their convictions.”

When the fine was first levied in 2014, a coalition of anti-LGBT hate groups formed a organization called New Yorkers For Constitutional Freedoms, whose sole aim, apparently, was to overturn the law affirmed last month. Sucks to be them, huh?