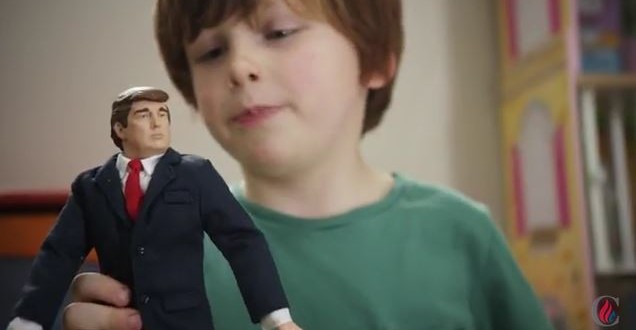 From the Independent Journal:

Real estate mogul Donald Trump has taken a beating on the issue of eminent domain, but never from children holding action figures. Ted Cruz, Trump’s chief rival in national polls for the GOP nomination, has a new ad out that features children playing with Trump and Hillary action figures while saying lines like: “He pretends to be a Republican” and “I give money to Reid, Pelosi and Anthony Weiner.” The children also produce an action figure of Hillary Clinton and the two become “friends.” The ad crescendos with the children using Trump to destroy a doll house because it is a “lousy” house and Trump wants to “park his limos there” via eminent domain.