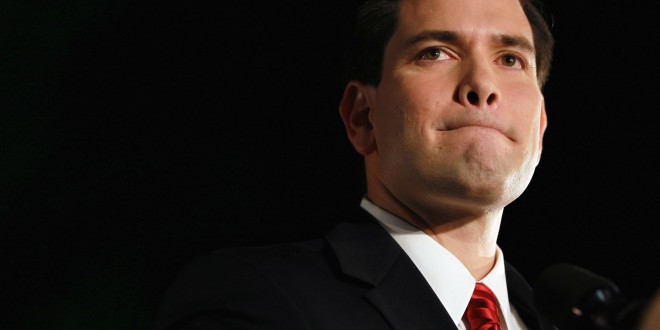 Marco Rubio has withered under attacks from Teabagistan and says he will now attend CPAC 2016. I believe some of you called this earlier this week. From the right wing Hot Air:

What took so long? Team Rubio made it clear that they weren’t averse to speaking at CPAC — Rubio has spoken there for the last few years — but that they couldn’t commit to their schedule for March. That’s a strange comment, considering CPAC is a fixture on the conservative schedule, and other candidates committed to their appearances months ago. It’s even more odd considering that CPAC heavily features the kind of organized activists that Rubio will need if he wants to take on Donald Trump, who has a powerful populist wave behind him, even while many of the think tanks and more formal activist groups remain a bit skeptical of Trump’s conservative bona fides.