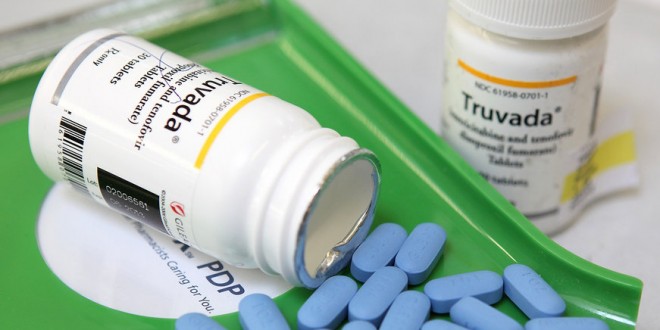 Some of the most ardent proponents of PrEP have warned that few medications are 100% effective. Today, sadly, comes proof. Poz.com reports:

Researchers have for the first time documented a case of an individual contracting HIV, a multi-drug resistant strain, while apparently adhering well to the daily regimen of Truvada (tenofovir/emtricitabine) as pre-exposure prophylaxis (PrEP). The scientists concluded that it is indeed possible for individuals who are adherent to PrEP to contract HIV when they are exposed to a virus that is resistant to both drugs included in Truvada. While this case is concerning, experts in the PrEP field suggest that such failures of PrEP will likely remain rare.

David Knox, MD, an HIV specialist at the Maple Leaf Medical Clinic and the lead author of the case study, presented findings at the 2016 Conference on Retroviruses and Opportunistic Infections (CROI) in Boston. Evidence suggests that the individual in question, a 43-year-old man who has sex with men, adhered well to PrEP over the long-term. Nevertheless, after 24 months on Truvada he tested positive for HIV. Initial tests indicated that he was acutely (very recently) infected: He tested positive for the p24 antigen, which appears within about three weeks of HIV infection and disappears a few weeks afterward; and at that time he tested negative for HIV antibodies, which typically appear two to eight weeks after infection.

Despite having contracted a Truvada-resistant strain of HIV, the patient is now on other medications and his viral load is fully suppressed. I wouldn’t be surprised to see the AIDS Healthcare Foundation leap upon this single case with a “told you so” campaign.